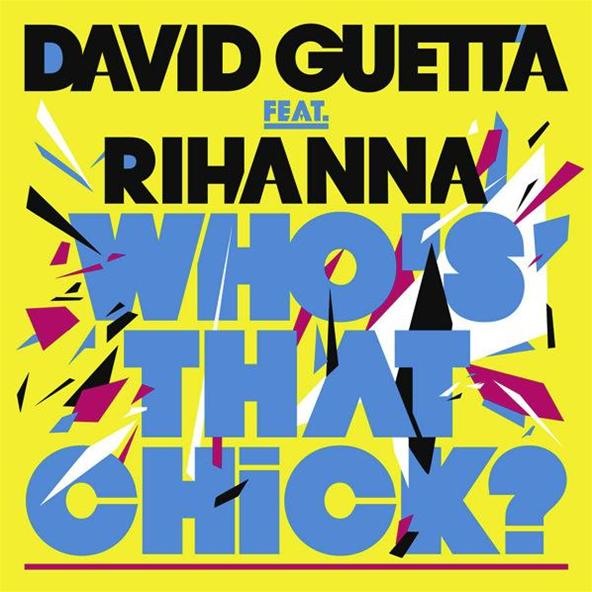 Time to welcome back that wacky David Guetta! He's back on the scene (if you can say he actually left) with his first release from his Crimbo Cash-In album, a re-issue of the very successful 'One Love', innovatively titled 'One More Love'.

Usually, when things go dark and slightly depressing for a while, you welcome back a bit of spice, that playfulness, that colour, that pizzazzthat made everything so special in the first place, long before dreariness took over. And as this statement gradually begins to relate more and more to Rihanna's fourth LP 'Rated R', it becomes clear that sometimes, it's best if the whole thing is just put to a halt and re-thought. David and Rihanna's new duet is an example of that, but the thing is, it's just about the perfect pop single.

Odd isn't it? That it's actually a fairly generic, slightly over-thought dance/pop tune, but none-the-less, it's one that meets all the necessary requirements to be a hit.

It's got two huge names in the title credits, heaps of auto-tune, and production on poppers, a video on more poppers and a couple of added hallucinogens for good measure, and it's chorus is as catchy as a fever. The amount of auto-tune is a little off-putting to say the least, and whilst Guetta tries a variation to his typical four-on-the-floor drum loop, the overall production is very standard.

The video is one of those artsy jobbies and tries to do something fancy, but Rihanna just looks like she's trying too hard to get noticed. But not that you're going to notice her, because there's no HQ video.

As a David Guetta song, it's pretty bog standard, but there's no denying it's headed for UK Top 10 success. As a Rihanna song, it pails in comparison to her earlier hits, even during the dark 'Rated R' era. It's not terrible, it's just that's it doesn't do much other than add to Guetta's impressive list of big name collaborators.

The visual is like a unicorn's neon dream. The audio is like an auto-tune nightmare. The culprit? Rihanna's leaked video and new song, "Who's That Chick."

The track, produced by the man who seems to have single-handedly brought dance music back for the mainstream, David Guetta, is all disco and not at all dark like the music that appeared on the Bajan pop goddess' previous critically acclaimed album, Rated R.

While lightening up from a darker sound that took some fans by surprise is not a crime against her career, the uber-bubblegum song and downright ridiculously peppy video kinda is. It's too dramatic of a switch to be authentic. It too obviously sends the (hopefully, incorrect) message that Rated R was a failed experiment with sound and depth and that Rihanna's core fans don't want that from her. They want this: a generic sound that would play better for Ke$ha or some other glitter-covered fly-by-night pop tart. Or maybe even a Disney chick like Selena Gomez, minus the "French-kissing on the floor" line. Who's that chick? We don't know anymore — maybe we never knew for sure. Rihanna is better than this — or so we had hoped.

Want to master Microsoft Excel and take your work-from-home job prospects to the next level? Jump-start your career with our Premium A-to-Z Microsoft Excel Training Bundle from the new Gadget Hacks Shop and get lifetime access to more than 40 hours of Basic to Advanced instruction on functions, formula, tools, and more.

Other worthwhile deals to check out:

Join the Next Reality AR Community

Get the latest in AR — delivered straight to your inbox.